If there was one thing that made the early months of lockdown bearable for many people, it was the weather.
As Villagers found themselves with the time to explore their local area, on foot or on bicycle, we were blessed with a very dry and sunny April followed by an even drier May, with more than 250 hours of sunshine to bask in.

The last four months followed the trend of warmer than average months.
April was one of the warmest in my 30-year records, with a mean temperature of 10.5C (2.3C above the expected value) and May was one of the driest and sunniest months in all my local records, taken from 1990-2020.

Rainfall was below normal for March, April and May, although the rainfall in June soon made up for this, with 95.9mm.
The reason for the spring anomalies was a high pressure area blocking the Atlantic low pressure areas, bringing, warmer and drier conditions from the south and south east.

This returned to a more normal westerly flow from early June.
The month started with a couple of warm days followed by cooler wet conditions from the 3rd to the 20th.Temperatures increased from the 21st to the end of the month with a max of 29.3C on the 28th, the mean temperature of 15.3C was 0.9C above the local 30-year mean.
But the month overall was very wet, with 95.9mm of rainfall – 162% of the local mean – and three thunder days, on the 13th 16th and 17th. 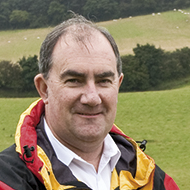 Phil Thomas
Phil Thomas has been providing Village readers with readings from his weather station in Alvechurch since 2008.
Previous article
BIG BEASTS LINE UP
Next article
LOVING THE UNLOVED

What can I do for biodiversity?