The Village The magazine for where you live.
Home All Features Mary Green's Nature Diary NATURAL REACTION 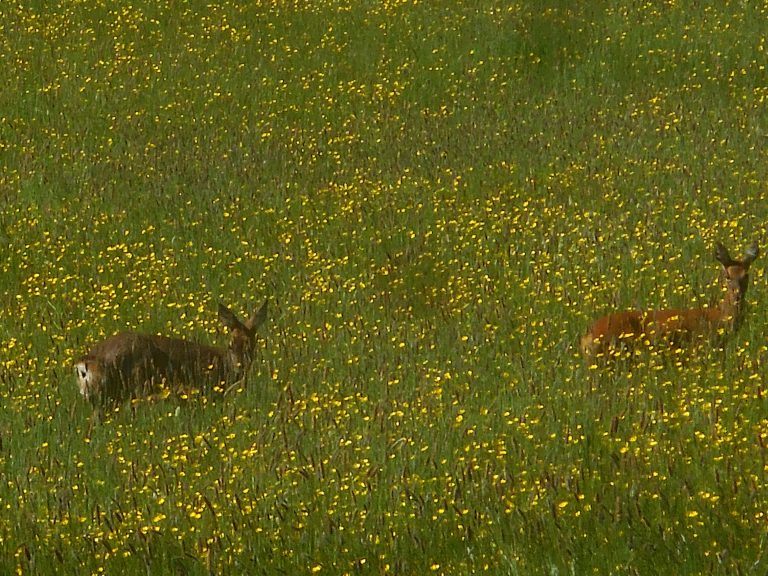 This has been a strange spring and early summer in all ways. Not only have people’s habits been drastically changed by the lockdown, but we have had peculiar weather. It was the sunniest May ever – my solar panels made lots of electricity! It was unusually warm and here in particular extremely dry. All the muddy patches went and were replaced by dry ground.

Crops that were sown late because of the wet winter were soon beginning to suffer from lack of rain. I noticed around here that there was no oil-seed rape sown – it was too late by the time the fields dried out. Most arable fields were sown with wheat and barley but there were a few fields not reached.

However, as I write this in June it is at last raining properly, so with the warm weather returning it should be good for farms and gardens. People began walking in the countryside to an unprecedented degree, especially once the one-hour rule on exercise was lifted. I’ve never seen such a steady stream of walkers, especially families, going past my door on the footpath up the fields.

Walking further afield I found the same, with lots of people saying they had found footpaths they didn’t know existed even after living here a while. Mind you, there were some quiet footpaths too, but I think those are the ones that don’t figure prominently on the apps everyone seems to have nowadays!

It’s great to see people taking a new interest in the countryside, and lots have people have asked me about flowers and trees they see.

Wildlife has done well during this time, with a few exceptions. The native flowers and trees have been magnificent. All the blossoms have come early and stayed on the trees well in the gentle weather, and the fruit has set very well. This heavy June rain may affect some young fruit badly, but the renewed moisture in the soil will help them swell if they stay on the tree.

Wayside flowers had a wonderful boost in the spring when the public verges and grass round Alvechurch were not mown for a long time, and we saw the range of flowers that are there in the soil all the time, and their accompanying butterflies and bees. But normality has returned, and now they’ve all been mown down again.

If you get away into real countryside or along the canal, though, the flowers have been gorgeous. They haven’t suffered from the drought, except perhaps being a little smaller, because a natural environment can hold the moisture from earlier in the year. Where vegetation was cut, it has dried out horribly. In May I noticed this especially in the churchyard here. Where they hadn’t been able to mow, the graves were surrounded by ancient herbs like pignut and speedwell and sorrel. Sadly they were mostly mown down later.

In Barnt Green there is a lovely patch of (mostly) perennial wildflowers established by the parish council – I hope it survives.

The exception to the general blooming was the water birds round here. There were loads of mallard ducklings, though the broods got smaller over the weeks, but hardly any goslings, moorhen chicks or cygnets. My suspicion is that increased pedestrian footfall led to the parent birds leaving the nest more, and increased predator activity, especially rats (due to lack of human debris to feed on) meant more young birds were taken.

It has been a bit harder under lockdown to buy local and fresh, if you’re in isolation, and the amount of plastic I’m using has grown horribly. I’m grateful for all the shops and neighbours who’ve kept me fed, but especially appreciated the fact that I ordered an organic veg box before all this happened, to replace the closed prison shop. I have just UK veggies, and it brings home to you how short things are in the “hungry gap” in March and April and the joy of new vegetables in May. Like so many people, I’m growing my own too and was especially pleased to find a local gardener selling little veg plants outside his house.

In this sunny weather and the unaccustomed lack of pollution, I’ve been thinking of the ancient elements of fire and air. The world was once seen to be made of four elements: earth, air, fire and water. It may seem odd that fire was one of the four, as we see it as being something humans have created – even as one of the things that makes us human. But the fire of the sun is an essential in the chain of nature. Many flowers open in the sun and close in the shade. This is especially true of the early spring ones – celandines, dandelions, daisies – and by summer most flowers stay open, expecting the sun. Butterflies and dragonflies fly and feed and mate in sunlight. The long hours of sun this year have brought them out.

Actual fire has an effect on wildlife as well, not always beneficial. Climate change has led to more wildfires than usual, especially in Australia earlier this year but starting again even here. Some fires in hot climates are “natural” and expected, and animals and plants can live with them and even thrive. But too much will destroy not only plants and small animals but the soil itself so it will take years for the habitat to come back. Unfortunately, burning has been used in the UK deliberately to control vegetation. It was once done on farms after harvest, but now people realise it was destructive to the habitat. It is still used on grouse moors and helps to create vast areas of moorland with nothing but heather and coarse grass. Some people find these areas beautiful, but they are near-deserts ecologically.

Fire only exists on this planet because of air – it needs oxygen. All living things need air, but it is also what helps things to decompose. Plants make the atmosphere breathable for us by absorbing carbon, as well as many pollutants, and producing oxygen. There is a wide recognition now that we are polluting our air and altering our climate because of what we put into the air and the way we treat plants. The combination of cutting down forests, ploughing land, draining peatlands and using weedkillers, with producing carbon especially from fossil fuels, has reduced oxygen in relation to carbon and heated up our atmosphere. Added to this there are specific pollutants in fossil fuels that make the air we breathe unhealthy. Plants and soil will absorb them, but not enough if we destroy them too. There was a welcome drop in pollution during lockdown.

We have known this for decades, of course. After the Clean Air acts of the 1960s cleaned up the most obvious smogs which I remember from my youth, people seemed to have forgotten about now invisible pollution. But we can change it, at the same time as reversing climate change. We need a combination of a massive reduction in producing carbon and all the particle pollutants that go with it – much of it from fossil fuels like coal, gas and petroleum – and an increase in carbon-absorbing trees, plants and soils, which will also absorb pollutants.

Some of things we need to do are difficult – cutting down on flights and individual road transport for example. But others can be much more achievable. Just managing the trees and hedges we already have properly would go a long way towards it. Instead of planting millions of trees in the wrong places and letting most of them die, we could start by looking after the trees, shrubs and herbal plants we already have – not digging the soil, and not mowing or hedge cutting during the growing season. Just enjoying a walk “in nature” is not enough unless we help it thrive.

We have heard the cuckoo in Withybed this year, and I heard lots of their host birds (whose nests they lay in) the reed warblers, at Bittell. Perhaps our habitat is improving!

My pictures this time are all within walking distance over the last two months.