Venus catches us up 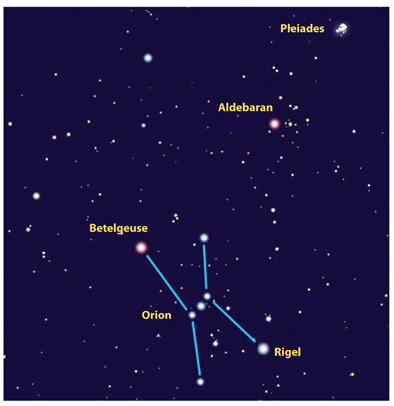 February, the last full month of the winter: hooray! Sunset is getting later and we are all warming up a bit?! If you walk/cycle/drive each evening at tea time, towards the sunset, you will undoubtedly notice a bright object in the sky, looking like aeroplane landing lights or a UFO or something.

It’s there every night, in exactly the same spot and noticeable long before any stars are visible – so what could it be? Regular readers will no doubt be thinking, “That’ll be Venus” (or possibly “Why am I reading this nonsense again?”). But, why does Venus behave this way when everything else in the sky shifts westward on a daily basis, by roughly one degree each day as the Earth trundles round its orbit?

Well, it’s closer to the Sun than we are and so it orbits faster, taking just 225 days to go round. So it is catching us up just quick enough to counter our movement round the Sun. As it gets closer it will apparently move the other way and disappear in an instant, but that is a few months away.

Mercury does a similar thing but as it only takes 88 days to orbit the Sun, it is here and gone in a flash – relatively. It pops its head over the western horizon briefly in the second week of the month reaching its highest on the 10th but it never gets very high in the sky and disappears very soon after sunset.

As the sky gets darker, we begin to see the famous harbingers of the end of winter, high in the south. First off is the Pleiades, very distinctive as a fuzzy, cloudy patch dotted with bright, bluish stars (if a fuzzy, cloudy patch can be distinctive?). It’s due south at seven in the evening, quite high in the sky but a nearby bright Moon will spoil things for the first few days of the month.

To the left and slightly lower is the bright star Aldebaran, sitting within the vee formation of Taurus the bull. The obvious redness of this star shows that it is a red giant, one of many in this area of the sky. Left and lower again is the constellation of Orion, possibly the most famous after the Plough. Orion has two really bright stars: Rigel, down in the bottom right hand corner, and Betelgeuse in the top left.

But wait, what has happened to Betelgeuse? It used to be the brightest star in Orion but is now dimmer than Rigel and barely brighter than Bellatrix and Saiph in the other two corners. Well, Betelgeuse is a red giant, in fact a giant among giants, and these huge stars live fast and die young. It is much younger than our Sun and, like a troublesome teenager, it is rather unpredictably variable and since October has been decreasing in brightness.

This may be due to the turmoil in its boiling interior or it may have blown off a cloud of gas and dust which now partly obscures it, or it may have just gone into a bit of a sulk and is ready to explode. Unlikely, but keep a look out; you never know!

Previous articleArt for all the family
Next articleNo-dig gardening