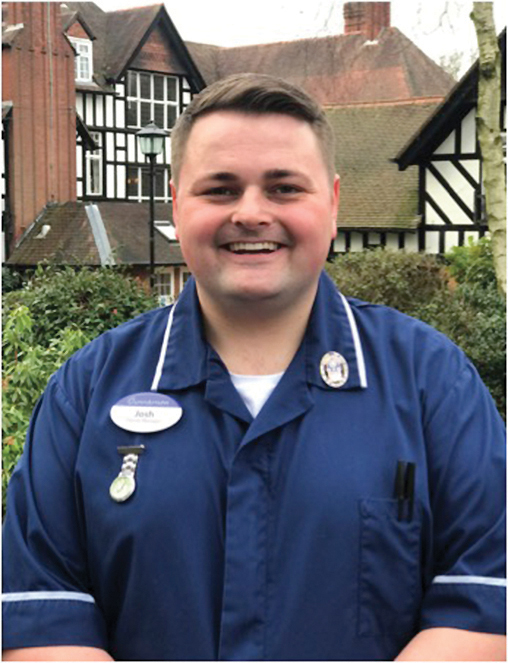 Burcot Grange and The Lodge have welcomed the return of Joshua Oakes, who had been part of the Burcot family since he joined as a volunteer at the age of 17.

“Having grown up in the local area, I knew Burcot Grange and its reputation well and was proud to be part of the team,” says Josh, who secured a full-time position at 18 and was promoted to the role of senior carer within a year.

During this time he made the decision to pursue a career in nursing. With the support of the Burcot Grange team, Josh successfully completed his NVQs and matriculated at university studying Adult Nursing.

Josh continued to work at Burcot Grange doing care shifts during his degree, but in his second year he made the difficult decision to leave to focus on his studies. However, it all paid off and after three years Josh graduated with First Class Honours and became a Registered Nurse.

He has now returned to Burcot as deputy manager for The Lodge, where he prides himself on maintaining high standards with positivity and enthusiasm.

“I’m excited to be back working with the team at Burcot; it is a place that feels very close to my heart,” he says.