£50 fine crosses a line for parking 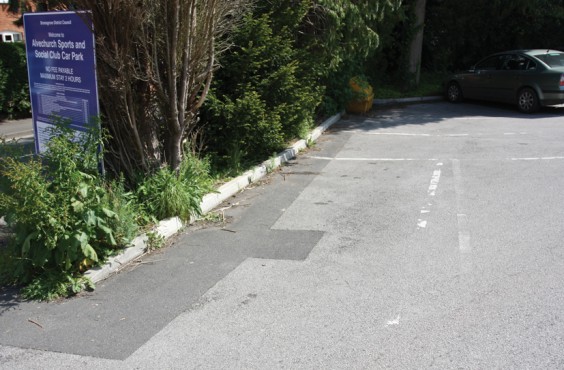 On the morning of April17 my father returned to his car in the Alvechurch Sports & Social Club car park to find a fixed penalty envelope stuck to the windscreen containing a charge of £50 for parking over the white lines.

As you can imagine, at first he thought someone was having a little joke with him. He has been parking in that car park and in and around Alvechurch village for the past 25 years or so.

It is the quietest place to park and is hardly used to its capacity, and saves dealing with the busy traffic in The Square.

On opening the envelope he was sickened to find that Bromsgrove District Council were demanding an obscene sum of £50 for parking his vehicle on or beyond the white lines!

I don’t mind the council finding ways to build up their coffers, but this is the wrong way – by preying on unsuspecting people, mainly locals to our village. I think, and I’m sure many would agree, that a prior first warning would suffice and be more appropriate.

Furthermore, he had parked his vehicle nearest to the exit for easy access to the doctor’s surgery, where the dedicated parking lines are confusing, as one is broken and the other is slightly obscured.

His vehicle was parked slightly away from the bushes so he could get out of his car, which would have caused the vehicle to infringe one of the other lines. Having said this, the car was in no way causing an obstruction, as there were only five or six cars in the whole car park.

My father is having great difficulty coping with this. He has always been a loyal and law-abiding citizen, but has various difficulties coping with any type of stress due to his recent stroke.

On returning home, I could see that he was very distressed, so I appealed the offence on his behalf, writing them a letter with supporting photographic evidence of the broken and faded lines by his car.

However, to our disappointment I have received a letter reiterating the fine without any compassion towards my father in this predicament.

If the council is going to outlaw the motorist for their monies, they would be better off descending on the real law-breaking motorists who blatantly park on our footpaths around the village and obstruct access to our homes and shops and, worst of all, by our schools.

What the council is doing now will only have an adverse effect on the prospects of our village as people will not want to come.