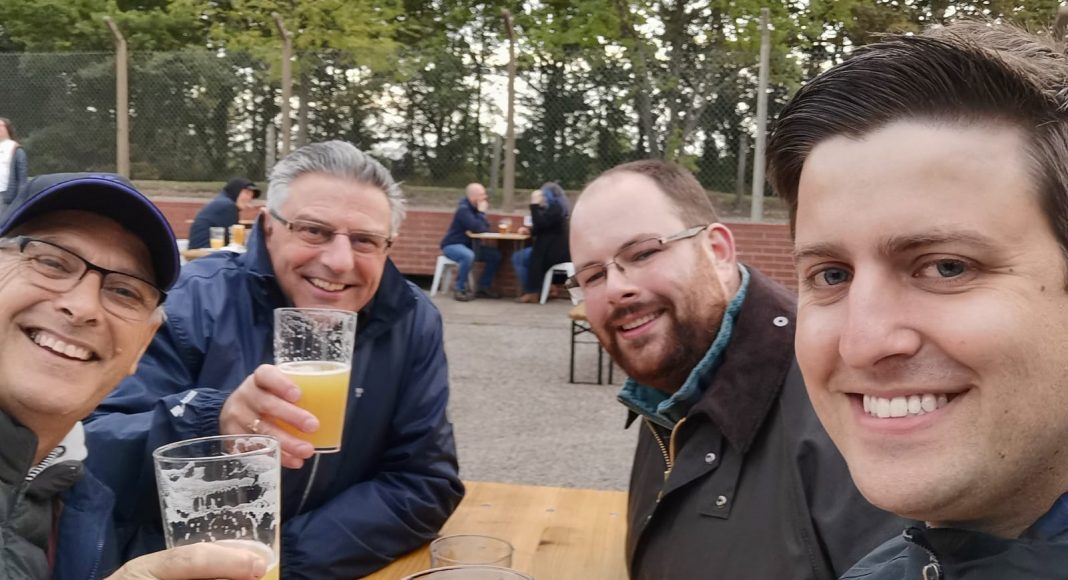 A nano-brewery in Wythall is in the process of registering a premises licence with Bromsgrove Council to start operating commercially.

Four Chaps Brewery, on Littleshaw Lane, will be brewing a range of craft beers including pale ales, IPAs, lagers, bitters and a mild.

Licenceiholder Chris Antill is keen to start: “We aim to hopefully start to supply independent and community owned pubs and small micro pubs, as well as local residents in Wythall, Hollywood and Shirley initially”.

The initial objective of Four Chaps was to brew craft beer as a hobby but over the course of the past year has evolved.

With a shared interest in beer and brewing, they started out with a simple 30-litre Grainfather Brewing system, bought on eBay from Frank near Burnley last February.

They now have two operating Grainfathers, plus a range of other brewing equipment to enhance the quality and quantity of the beers produced.

He added: “Moving from brewing for ourselves to supplying others has been both exciting and daunting. As a former lecturer, I’ve returned to the classroom with a whole host of training courses from Health and Safety to becoming a Liquor Licence holder, we’ve all been busy.”

Four Chaps Brewery is aiming to be as environmentally sustainable as possible by supplying a local animal sanctuary, Fur and Feathers on Houndsfield Lane, with their spent malt and grain.

Chris said: “We hope to arrange to supply others in the local area as our production increases, plus intend to recycle any water used in the brewing process as well”.

You can follow the chaps on social media @4chapsbrewery.

Ashleigh Osborne
I'm a third year journalism student with a passion for photography. I also love nature, and spend a large part of my day outdoors running or walking my dog.
Previous articleFarewell to Rev. Rob
Next articleEggcellent fun in Blackwell