The Village The magazine for where you live.
Home Your Village Barnt Green Barnt Green ‘land grab’ on new estate 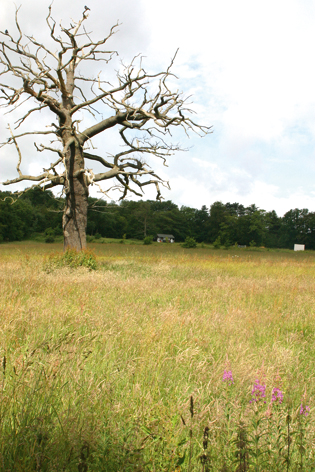 A “LAND GRAB” is causing problems on a village housing estate as new residents put up “Private” signs on public open space.
Barnt Green Parish Council is writing to Bromsgrove planners, asking them to step in to ensure the land remains available to everyone.
Coun Joe Nilsson, who lives on the Foxhills estate, off Fiery Hill Road, told parish councillors: “It’s now four different areas where people are trying to land grab. It is getting ridiculous.
“People are taking ownership of public spaces. I’ve been approached by people who have told me not to walk across the grass because it is their land, when it clearly is not.”
He said the problem stemmed from so-called “Cala-gate”, where the developer installed gates blocking an intended public footpath through to Cherry Hill Road and effectively fencing off public open space.
“If we can get something done to open the gates, it might help with the other problems,” said Coun Nilsson.
The council agreed with Coun Charlie Hotham who said: “We should write to the planning department to say we are very disappointed that the planning permissions are being flouted.”
Coun Hotham later had a meeting with Bromsgrove’s head of planning Ruth Bamford, after which he said: “I am still satisfied progress is being made.”