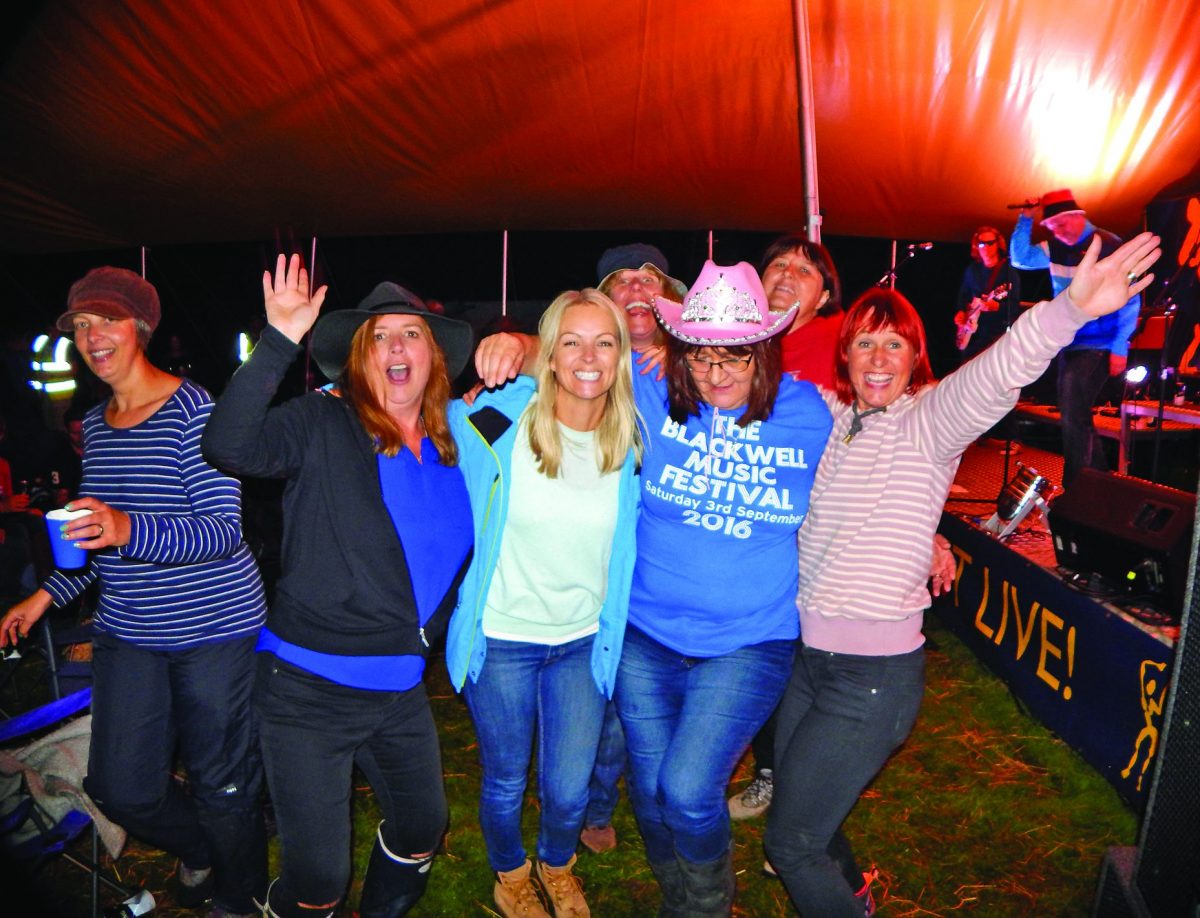 The organisers of Blackwell Music Festival are hoping they can secure a new venue before they are forced to cancel the event.
The Festival, currently scheduled for September 12, has been held for the past four years on the field belonging to Hunter’s Hill School in Blackwell, but due to problems at the school, it has declined to play host this time.
Any alternative site would need to be between half and one acre, in or next to the village, safe for pedestrians, with some access for light vehicles to bring equipment. The organisers bring their own power and perimeter fencing, and an army of volunteers from the village take care of the set-up and take-down, ensuring there is no litter left behind.
“We are a family-oriented event and are always really pleased with the amount of families with young children who attend and enjoy the event,” says Festival Chairman Pete Hobbs.
“We run from midday to 9pm, so not a late finish to cause any noise problems. Also, most people are from the village so there is not a parking problem and we have never had any off-road parking.” Mr Hobbs added that Blackwell Court was unable to host the event as it has Scout groups on-site, while Blackwell First School had also declined.
Lickey & Blackwell Parish Council discussed the matter at its meeting, with Coun Aled Luckman recalling that county councillor Kit Taylor owned some land in the village area and might be approached to help.
The deadline by which a location must be found is April 11 – so if anyone can help, get in touch with Peter Hobbs on 0758 499 0102 or pete@hobbsnet.co.uk

Pictured above: Revellers enjoying The Blackwell Music Festival in 2016.