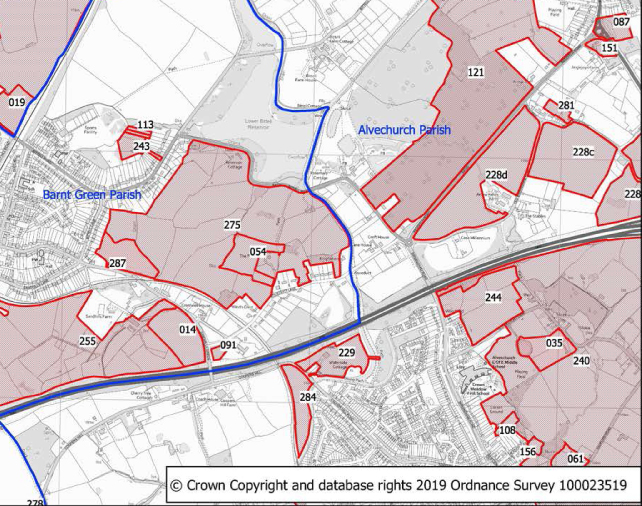 Developers were invited last September to submit plans for specific areas in the council’s “Call for Sites”, the latest phase of its District Plan. Maps showing the areas identified were shown to councillors at a meeting of BDC’s Strategic Planning Committee.

Independent district councillor Annette Ward told The Village: “Alvechurch South has the second highest number of sites submitted – 28 in total. There were also 28 sites in Wythall West and 24 in Barnt Green & Hopwood. There were nine submitted in the Alvechurch Village Ward.”

Fellow district councillor Kate Van Der Plank added: ”As the independents have said all along, it’s deeply concerning that BDC insisted on calling for sites before we have housing need numbers as it does open the floodgates.”

In a report to Alvechurch Parish Council, district councillor Charlie Hotham said: “Only a fraction of the sites will be deemed suitable, and the methodology is yet to be established – but BDC is running before it learns to walk, again.”

Coun English told the meeting: “Birmingham planners are going to think all their Christmases have come at once – it’s really worrying.

Coun Sue Baxter said: “First they assessed all the bits of land, then they invited every man and his dog to suggest sites – now they need to marry the two.”

“We ought to be pushing for indicative [housing] figures,” said Coun John Cypher.

Parish chairman Marc Worrall said: “We should seek a meeting with the Bromsgrove planners, but I have my doubts that we’ll get answers.”