Cleaning up the canal 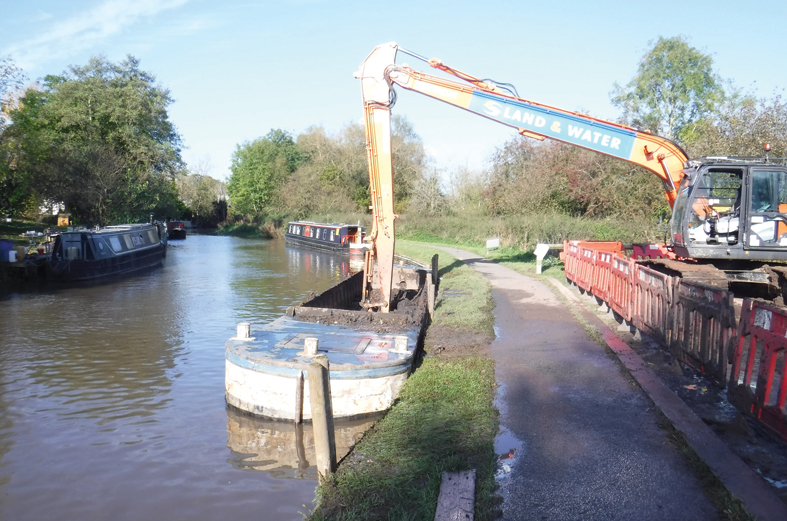 The long-awaited programme of dredging on the Worcester–Birmingham Canal around Hopwood, Alvechurch and Tardebigge took place towards the end of last year.

The base for contractors Land and Water was the space alongside the visitor moorings by Bridge 60 near the Alvechurch Boat Centre Marina.

The contractors worked hard and when the water-borne mud boats were filled and push-towed back to the land base, they were emptied into waiting wagons and transported to somewhere in the Gloucester area for use there.

The canal was particularly badly silted around the Hopwood, Bittell, Shortwood and Tardebigge areas, with the contractors removing far more than they were expecting. On at least one occasion even the empty mud boat became stuck on the bottom, such was the extent of the silt.

The canal should now be safer for boaters and also healthier for the aquatic life it supports.

The Worcester–Birmingham & Droitwich Canals Society has asked the Canal & River Trust if the space by the Alvechurch visitor moorings can be reinstated with a hard core surface which became very muddy owing to the heavy vehicles using it.