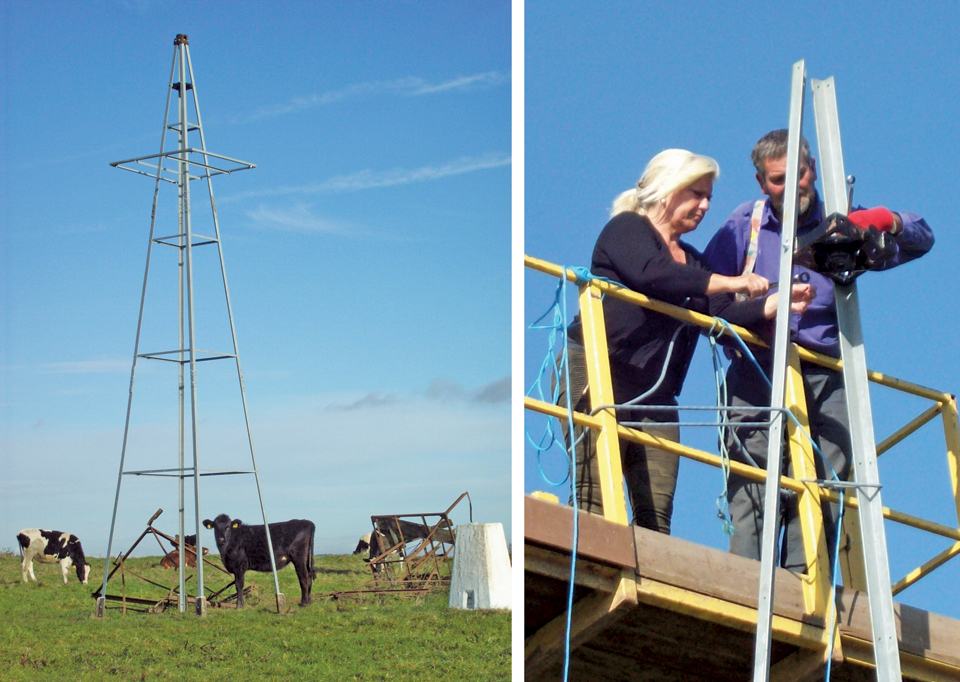 Despite some setbacks in 2019, work will soon continue on the restoration of the derelict wind pump at the top of Cobley Hill between Tutnall and Alvechurch.

The structure, which was once a state-of-the-art Climax Oil Bath Wind Pump erected in the 1920s or 30s, is being rebuilt by members of Tutnall and Cobley Parish Council.

The group is using original plans and assembly instructions (right) to recreate the pump, with the thousands of steel components specially made by WD Fabrications in Redditch.

Unfortunately Coun Steve Cooper, who had been looking forward to erecting the tower with ropes and harness, suffered a serious injury at the beginning of the year and was unable to do so.

Coun Peter Whittaker was able to provide a “man box” on a telescopic load handling machine with cross-country capability – but who would be brave enough to go up in it?

The council decided that the crew of the “sky team” should be male and female, so in September councillors Mike Ryan and Ann Wheeler-Vine stepped up to the challenge (above right) and the tower was raised.

The inclement weather of autumn and winter then brought a halt to progress, but it is hoped that the tower should be completed in the next few months, time and weather permitting.

An access platform will be constructed about two metres from the top, with timber donated by Border Fencing. The top of the tower will then be fitted with the original gearbox and shaft, with a small fixed rotor or windwheel and tail vane.