The Village The magazine for where you live.
Home Your Village Barnt Green Gates-gate escalates 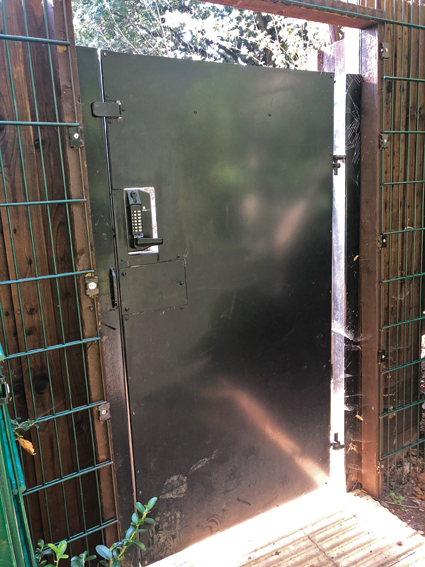 The dispute over the locked gates blocking public access through a new village housing estate has escalated and could end up going to the Local Government Ombudsman.

Barnt Green parish councillors heard that Cala Homes had “quietly shown” the gates “with no reference to them” on layout plans for the Foxhills estate in the village.

Despite Cala being told by Bromsgrove planning officers to remove the gates from the plans, they were still shown when further changes were submitted under a “non material amendment plan” and the gates were “inadvertently approved”.

This was revealed in an email to district and parish councillor Charlie Hotham from Bromsgrove District Council planning department and circulated at the parish council meeting.

Coun Hotham told councillors: “Clearly from this we have all been completely let down by the planning department.”

“It is a material change to say ‘we are going to put gates up on 46 per cent of public open space and block a public right of way’. “I am going to raise this with Ruth Bamford [head of planning at Bromsgrove] ASAP.

“I think that if it has been rejected once by a planning officer then it should have been made very, very clear at the second time that this clearly was a material amendment.”

Coun Hotham told parish councillors: “The way I see this going is if this isn’t rectified, then there will be some individuals who are materially affected by this who do not have access.

“If you do not have access to public open space then you are being disadvantaged by the actions or inactions of Bromsgrove District Council and if they do not do anything about it then we go to the ombudsman.”

The Village has since seen a statement from Cala Homes to the planners, saying that they are “of the view  that the electric gates have been shown on drawings, subjected to the assessment of the planning department and approved”.

They also say that because Cala called the public open space a “landscaped area” on the approved non material amendment plan, the land does not now need to be available “for recreational use for the entire development”.

As for the public footpath, enabling villagers to walk from central Barnt Green, through the estate to Cherry Hill Road and the Lickey Hills Country Park beyond, the Cala statement says it was “an aspiration” of Bromsgrove District Council for the footpath to be public.

Coun Hotham, referring to just one email, in May 2018 – in which the planning department told Cala to stop referring to the footpath as “private access when it is meant to be a public route” – told The Village: “I think a little more than an aspiration!”