Villagers go to the polls. . . again!

Your guide to the candidates hoping to be elected MP for Bromsgrove in the General Election on December 12 . . . 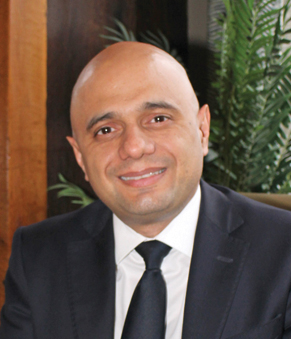 Sajid was elected as Bromsgrove’s MP in 2010. He’s served in the Culture, Business and Local Government and Housing departments before becoming Home Secretary and most recently Chancellor of the Exchequer.

“I’ve had the privilege of being Bromsgrove MP for almost 10 years,” Sajid tells The Village. “I’ve had lots of interaction with constituents through surgeries, forums and correspondence, and I’ve got a good feel for the big issues.”

He says that one of his main policies is a strong economy and plenty of jobs, so that people don’t feel they have to move away from the area for work.

“Another important issue is support for local business – I hold jobs fairs every year and the last one was the biggest yet. It’s good to bring jobs to local people.”

He also said he would focus on public services, fairer funding for Worcestershire schools, and policing – as well as investment in local infrastructure and reducing traffic congestion.

“We need to work to find a balance, making sure there are enough new homes (especially for younger people so they don’t have to leave the area where they grew up), and to do that we need to invest in infrastructure.

“As Housing Secretary I championed the Housing Infra-structure Fund, and doubled its size when I became Chancellor. If you take on new housing you should get new GPs and schools. We will continue to do that as long as we keep the economy strong. But it all needs to be paid for.

“I’ve always believed in a strong local economy rather than taxing people more and more. The alternative is a Labour government – in fact, any vote other than Conservative is a vote for Corbyn. His plans will lead to economic crisis within months.”

On the subject of Brexit, he says that if the Conservatives win a majority, Britain will leave with a deal. “There would be no prospect of a hard Brexit. If you want to ensure we leave with a deal, vote for us.”

Sajid describes himself as a community champion, regardless of people’s politics, and says he responds to every letter individually.

I love my town but we deserve better. For years the Tory Party’s inability to manage the country’s finances has resulted in the loss of countless services and assets that our community depended upon.

As a resident I am, like you, increasingly concerned about the traffic and air pollution problems facing Bromsgrove and I have worked hard with Labour councilors to campaign for a Western Relief Road to relive traffic through our community. I have also supported efforts to tackle the problems of car parking outside our local schools, which can only get worse if we continue to build housing without considering infrastructure.

I am also concerned about the rise in speeding, anti-social behaviour and vehicle crime, all of which are a direct result of the reduction of front line police officers.

For years I have been a passionate campaigner for our town and have already been instrumental in saving many services, such as the Wendron Centre. In times when central government spending is limited, and local councils look to make cuts, communities must come together to protect our vital services.

I have already served Bromsgrove as a councillor and have an excellent track record in getting results for those I am elected to represent. If elected, I would demonstrate the same passion and commitment to the people of Bromsgrove. I would be your voice in the council chamber, protecting and improving our community.

Some of Labour’s key pledges for Bromsgrove include increased funding for the NHS; a real living wage of £10 an hour; free school meals for all primary school children; keeping the Winter Fuel Allowance, free TV licences and bus passes for pensioners; a public vote on any Brexit deal; and a Green Industrial Revolution, making Britain the only G20 country on track to fulfil our obligations under the Paris Climate Agreement and transforming our economy.

The election in Bromsgrove is a straight choice between the Conservatives and Labour. The Labour Party can beat the Tories here – no other candidate will be able to beat them. In this election every vote will be vital. 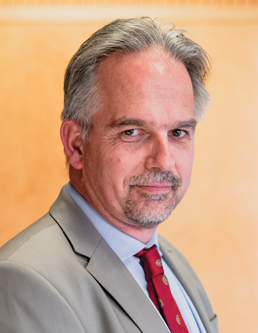 I would be proud to serve as Bromsgrove’s Liberal Democrat MP, having lived in the constituency in Hagley for 16 years.

I work as a Consultant Neurologist in Birmingham. This year, I came to prominence when I was involved with medical No Deal planning as part of Operation Yellowhammer. I realised that the plans were not safe for my patients in Bromsgrove.

I spoke out to BBC Newsnight. I famously extracted an apology from Jacob-Rees Mogg for his statements about me in the House of Commons. In brief, I have the courage to stand up for Bromsgrove and speak truth to power.

I have successfully campaigned on many issues, including helping to save the sports gym at Haybridge School when the Conservatives planned on closing it 10 years ago. As a working doctor, I will fight to protect the NHS in Bromsgrove, and address the problems with access to GPs and delays in cancer screening in Worcestershire caused by Conservative mismanagement.

On the environment, our three Lib Dem district councillors have passed a Climate Emergency motion, to help address the big global issue of the consequences of climate change, with a credible plan to make Bromsgrove carbon neutral. On business, I have met with businesses in the area, such as BumbleHole Foods, to see first hand the risks that a post-Brexit US trade deal could have on animal welfare, as it would for patient care.

In politics, as in medicine, sometimes you have to be honest with those you serve. It is time be honest that the kind of Brexit being offered will cause huge harm to many in Bromsgrove. I am a working doctor prepared to call this mess out, not an ex-banker and career politician.

The Lib Dems are the ONLY party that provide a positive way forward for the country with the ability to save the Union, as opposed to the dishonesty of the Tories and the equivocation of Labour. 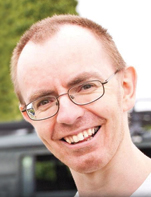 I’m 46 years old and have lived in Redditch most of my life, but now in Marlbrook for over a year.

For more than 20 years I’ve been an active campaigner on many issues and initiated numerous local events and groups, such as the online reuse groups Bromsgrove & Redditch Freegle/Freecycle and the annual independent Redditch Green Fair which ran for seven years.

As a committed vegan I’ve devoted much of my life to organising countless vegan fairs and festivals all across the West Midlands, helping thousands of people to change their lives for the better.

I would empower the local authorities in Bromsgrove to bring empty homes back into use and work to create enough new homes for social rent for the more than 3,000 people currently on the Bromsgrove waiting list.

These homes would conform to very high energy efficiency standards, requiring 90 per cent less energy for heating. I would ensure that every house in the constituency is effectively insulated by 2030. These measures would help us to meet our carbon emissions targets while providing the jobs local people need.

The Worcester Royal Hospital can’t cope with increasing demand so I would work to ensure there’s a fully-functioning hospital with a full range of services including A&E and (reinstated) maternity in Redditch, and the Minor Injuries Unit in Bromsgrove.

We need to create new cycleways and footpaths, while making public transport more user-friendly and cheaper than travelling by car, enabling people to improve personal fitness, save money and reduce carbon emissions/pollution by leaving their car at home – or even to sell it and join a car-share club.

I’m looking forward to giving people the opportunity to vote for a fairer, more compassionate, democratic and sustainable town and world.

The views shown here are those of the individual candidates and not of The Village magazine.

*  An election hustings takes place at Bromsgrove Baptist Church on Saturday, November 30 at 3pm. The deadline for submitting questions had already passed before our publication date, but all are welcome to go along and hear what the four candidates have to say.

*  In Hopwood, the Westmead Hotel is being used as a polling station instead of the village hall this time – check your polling cards for details.