Restaurant to the rescue 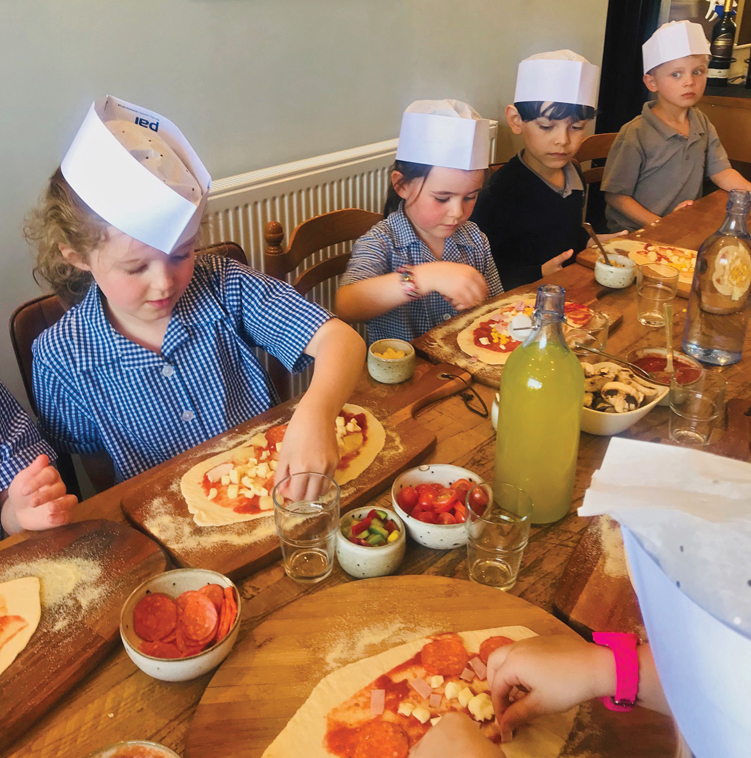 Aston Fields restaurant Fuso came to the rescue of pupils from Winterfold School in Chaddesley Corbett when their class trip was cancelled.

A class of five- and six-year-olds had been due to visit Pizza Express in Worcester, where they would learn about where food comes from and enjoy making and eating their own pizza.

The plan was then to visit Churchfields Farm near Droitwich that same afternoon.

However, on the morning of the trip, Pizza Express was forced to cancel as a van had crashed into its window.

A quick-thinking, pizza-loving teacher had the idea of moving the trip to Fuso, whose owner, Ben Ascott, was happy to accommodate the children – but in the afternoon, once the pizza ovens had been fired up.

Happily, Churchfields Farm was able to swap the school’s visit to the morning, with herdsman Martyn Smith rearranging his day to fit them in. The pupils were taken to see the cows and learned all about dairy products, especially ice cream.

“It felt like everyone was rallying around us, helping to make this trip happen,” said Year 1 class teacher Vicky Richardson.

The children then moved on to Fuso, where they were given chefs’ hats and had a great time making and eating pizza.

Year 1 teacher Fran Williams said: “There are not many places that would open especially for a group of young children, with no notice. I am really thankful to Fuso, and to Churchfields, for coming to the rescue.”

Previous articlePower to the people
Next articleCome to the car wash