Cleaning up the streets

Sarah Rees reports from the Oakalls and Parklands.

More than 30 people took part in the Great British Spring Clean on the Oakalls and Parklands. This was the largest turnout since residents first organised a community litter pick in 2016.

The team collected 24 bags of litter, mainly plastic bottles, sweet papers and dog waste – but more unusual items found thrown into bushes included two buckets and a pile of old newspapers. There was also a crisp packet from 2008, highlighting the concern that the plastic hadn’t degraded in over a decade.

She said: “The litter pick at the Oakalls and Parklands was promoted on our website and mentioned in our press articles. A few of us from the KBB group turned up to support the residents – and I was so happy to hear that it was their biggest turnout ever. We should celebrate the individuals and groups that exist around the district working hard to clean up their neighbourhoods.” 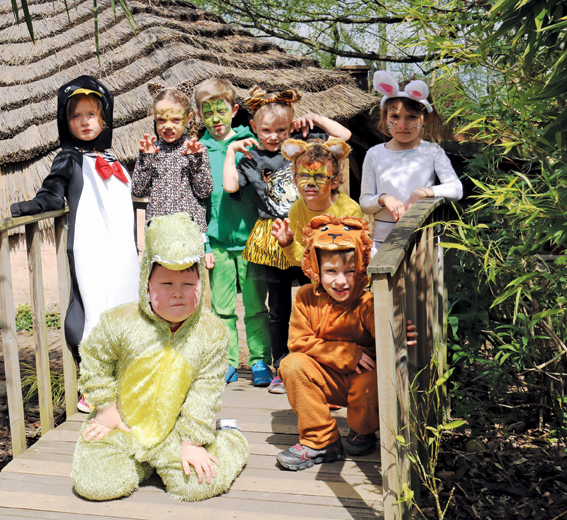 Year 1 children at Finstall First School took part in an “Animal Day” as part of a curriculum topic. They had learned about the continents, the oceans and the animals that live in hot and cold countries– and also learned how to care for pets.

The topic culminated in a dress-up day with the children enjoying a variety of themed activities including making animal masks.

Five-year-old Evan (crocodile) said: “The most fun part was colouring in a picture of a snake. It was one of the poisonous ones!”

Ruby (penguin) added: “I loved making a panda mask. I painted it and put some tissue paper on it. I really like pandas.”

Ethan (lion) said: “The most amazing thing I learned was about penguins. They can swim underwater and they live in the Arctic. I’ve seen real penguins at a zoo and they’re great.”

Bringing topics to life for the children is something head teacher Stuart Evans firmly believes in. “If children are excited about a project they are so much more receptive. In fact, they don’t always realise just how much they are learning along the way.”