Cross is Pub of the Year 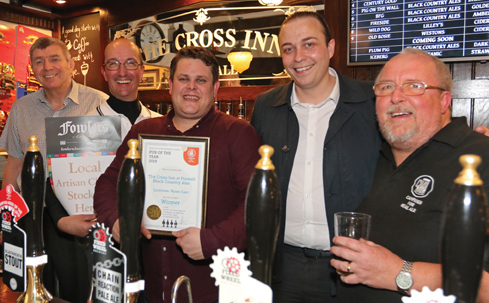 The Cross Inn at Finstall was declared Pub of The Year 2019 by the Redditch and Bromsgrove branch of the Campaign for Real Ale (CAMRA).

The pub reopened a year ago after being taken over by Black Country Ales, and was also CAMRA’s Pub of the Season for summer 2018.

The award was presented during a “tap takeover” event with guest ales from the Fixed Wheel brewery and cheese tasting with Fowlers of Earlswood.