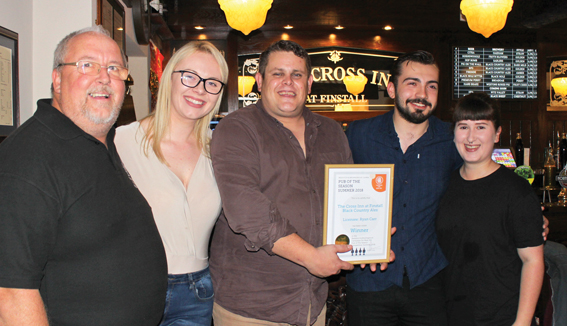 The Cross Inn at Finstall has been declared Summer 2018 Pub of the Season by the Redditch and Bromsgrove branch of the Campaign for Real Ale (CAMRA).

The pub only re-opened in April after being taken over by Black Country Ales, and was praised for its range of well-kept ales and friendly atmosphere.