Halfway there with hedge

An enthusiastic group of volunteers gathered at Tardebigge Community Hall car park to learn the traditional art of hedge laying. 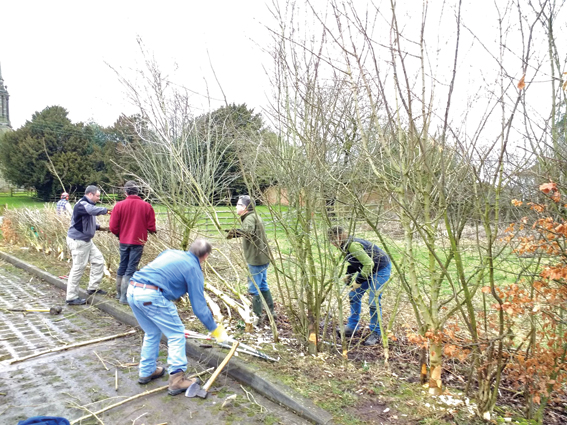 The mixed hedge of traditional English plants such as field maple, hazel and beech was planted as part of the “Tree O’Clock” project in 2009, when volunteers helped the UK set a new Guinness World Record for the most trees planted in one hour in multiple locations. Since then, it had grown to more than 10 feet tall.

“We managed almost half of the 75m hedge, which for a bunch of rank amateurs was a great effort!” said organiser Lucy Parkes.

“It was certainly hard work, but we had a lot of fun and learned a new skill into the bargain. A big thank you to everyone who gave up their time.”