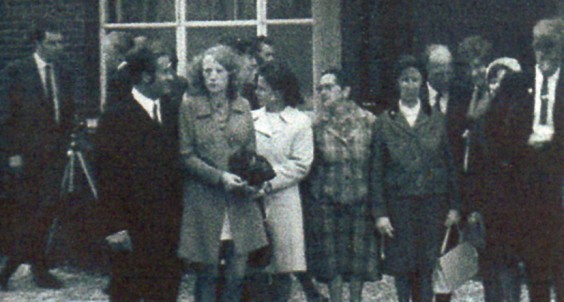 I am hoping that your readers may be able to help me in tracing my sister.

In 1950, when I was 17 days old, my mother died. We were living in Stirchley at the time. I was adopted by an aunt and until I applied for my adoption papers 12 years ago I didn’t realise I had three brothers and a sister.

I found my brother Ken living in Birmingham nine years ago, and my eldest brother Len in Leicester six years ago. I also learned that, sadly, our brother Donald had died in 2002.

Of my sister, Mary Teresa, I could find no trace – until a few days ago when a friend of hers remembered her. It was a big breakthrough.

Does anyone remember her please? Know where she went? Or who she married?

At the time this photo (above) was taken, Tessa, as she liked to be called, was going out with a Robert Smith from Cliff Rock Road (they are on the left). He had a brother called Michael. Might they know what happened to Teresa after 1972?